Cultural sensation of 2005 has been informed that a dance called "Circassian Circle is widely popular in Europe. The date of birth dance is considered the Crimean War era, that is, mid-19 century. Today, "Circassian Circle marks in Irish and Scottish villages, the dancing-hall in the UK, Belgium, Germany, Italy, France and other European countries. (Excerpted from the research work of Professor Institute of Arts Adyghe State University Alla Sokolova).

National choreography and music are presented here in its original modern interpretation. Past, Present and Future symbolically intertwined in one place at one time. The use of the orchestra authentic, classic and modern musical instruments gives the old Circassian music, new paint, and dance - new forms of expression. The artists were in the unique costumes, specially created by designers for the show. In addition, the project uses innovative technology. Multiplex diaproektsiya, playing with light and sound were in non-traditional dance show fashion.

"Circassian circle" is intended to show the original Caucasus. The legendary aestheticism and courtesy Circassians in communicating with the guests and each other not just surprising. Foreign and Russian travelers ages 18-19 describe these qualities in their essays, poets berhyme. Aristokratizm Circassians allowed to conquer the hearts of European and Oriental royal dynasties. 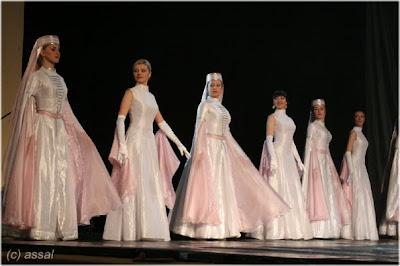 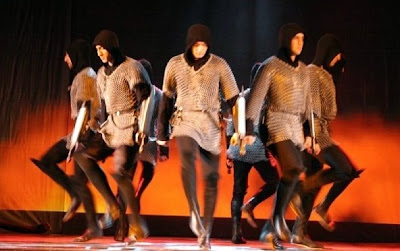 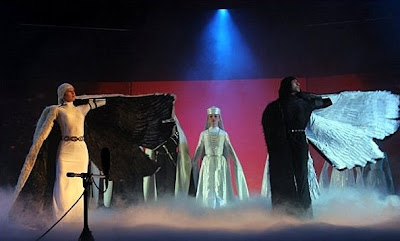