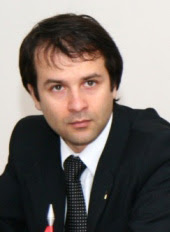 The rising tension between Russia and Georgia over the de-facto independent republic of Abkhazia provoked a wave of accusations against Russia in Western media. Moscow is accused of jeopardising Georgia's sovereignty by sending more peacekeeping troops to Abkhazia. Russia warns Georgia against launching an invasion of Abkhazia.

But what is the position of the people of Abkhazia, whose voice has little chance to be heard in the international media? Our guest today is Abkhazian Deputy Foreign Minister Maxim Gunjia. (Russia Today Spotline)