Circassians: a Holocaust in Paradise 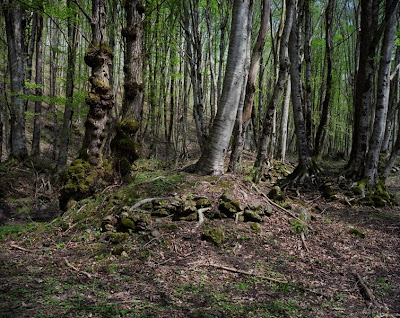 Mass graves in the Makopse river valley a few kilometers from the Black Sea are the only material evidence of the mid-19th-century Circassian tragedy in this area. People buried in these graves were the deportees who, waiting to be picked up by the Turkish ships, died of hunger, cold and disease. A Russian witness, shocked by the scene, later noted: «…The mountaineers <…> gathered in masses <…> along the Black Sea coast wherefrom they were transported to Turkey by the Turkish ships and, in part, by ships hired by the Russian government. But because these vessels were not at all enough to transport half a million people, they had to wait their turn for 6 months, for a year, or even more. All this time, they stayed on the shore in the weather without any means of living. <…> They were dying of hunger literally by thousands. In winter, cold added up to it. The Black Sea’s entire northeastern shore was covered with corpses and moribund men, women and children with those alive but weakened lying amongst them and waiting to be deported».
Max Sher

It is not a surprise that the Russian authorities keep the history of Circassians under a thick cover of censorship: what happened to this people 145 years ago could be described as the first full-scale ethnic cleansing in modern history. Sochi is known as a popular ex-Soviet resort, the future Olympic-2014 host city on Russia’s Black Sea coast. What else do we know about this region and its past?

The word Circassians does not bring too many associations. Neither Russian nor Western visitors would find much sense in the names of Sochi region rivers and villages, as Chemitokvadzhe, Psakhe, Kudepsta, Mzymta. Something local, they would think, but what exactly would remain obscure. History by Herodotus tells us that Circassians’ ancestors populated the vast Northwestern Caucasus area from the times immemorial. In mid-19th century, they were unlucky enough to be caught in the geopolitical struggles between Russia, Britain, France and Turkey. The Russian imperial government, in an attempt to drive the Turks out of the Caucasus and Black Sea and trying to prevent Britain and France from gaining control over the region, waged a long and violent war against the Caucasian indigenous populations. The Circassians resisted longer than anyone else: the conquest of Circassia took 101 years all in all ending only in 1864 when their last stronghold was defeated in what is today known as Krasnaya Polyana ski resort popular with the Russian leadership.

The Circassians’ warlike culture, independence and antagonism towards outside authority have long prevented the Russians from securing the Northwestern Caucasus, despite the large use of scorched earth tactics when entire Circassian villages were burnt down together with all their residents of all ages, including women and children. Immense military casualties and tremendous war costs put the Russian imperial policy makers in a dilemma as to what to do with the Circassians: either gain their loyalty by engaging them through economic and cultural inclusion or exterminate them en masse and deport those remaining to the plains or to the Ottoman Turkey. The latter viewpoint prevailed. The result was up to 1.5 million of Circassians killed or deported. The deportation was chaotic and poorly organized: thousands of people died of hunger and disease after they were rounded up to the sea shore and waited for months to be picked up by the Turkish ships. Many perished on their way because treacherous ship owners, after receiving money for their service, threw their weakened passengers out to sea and returned to pick up the next party and get more money quicker. In late 19th century, Ivan Klingen, a Russian scholar who traveled in the region, noted: “The entire eastern shore of the Black Sea looks like a vast desert with a population scarcer than in Siberia”. It took Russia three to four decades to start developing this paradisiacal “desert” economically. After the final solution of the Circassian question not more than 10 per cent of the original Circassian population remained in Russia in isolated islets in today’s Kabardino-Balkaria, Karachay-Cherkessia, Adygea regions and in a few villages in Sochi area. More than 4 million Circassians live in Diaspora, mainly in Turkey and the Middle East.

Y.Gordin, a Russian historian of Caucasus, believes that “the choice regarding the fate of Circassians made by the Russian generals [in 1860s] was strategically vicious. The point is that not only has the effective colonisation failed. There was a moral aspect to it, less noticeable but no less important: what was done to Circassians became a dangerous lesson of inhumanity for Russia. Whilst the need to conquer the Caucasus might be explained geopolitically, the degree of cruelty towards the already defeated and powerless population cannot be either explained or justified”. Today, the Russian government is still not willing to recognise the tragedies of the past. The official historiography insists all the Russian conquests and expansions were always justified and beneficial both for the country and native peoples. For a few thousand Circassians living in compact communities in the Sochi area that means they are not able to have their own schooling, self-government or even signage in their language, in spite even of their constitutional native minority status. Visitors would never know they are in an area populated by a native people because no sign or monument would tell them about it. Instead, the authorities recently erected a monument to admiral Lazarev here, who, although famous for his discovery of Antarctica, also took part in the extermination of Circassians shelling them from sea to support the landing troops.

May 21 is the day of mourning for all Circassians. On this day 145 years ago, the century-long war ended with their mass extermination and exodus from their native land. This year, as before, this date will pass largely unnoticed both in Russia and abroad. -- 2009
Max Sher - Born in 1975 in St. Petersburg, Russia. After obtaining a degree in French linguistics worked as translator but then decided to start a new career path as photojournalist. Since 2006, Max has been photographing in various Russian regions (Caucasus, Urals, Astrakhan, etc.), Belarus, Armenia, Nagorno-Karabakh, Kazakhstan, etc., both as part of his personal projects and on assignments. In his stories he is trying to give reporting on social issues a historical dimension, to portray how things that happened in the past still affect people’s lives today. His work appeared in Ogoniok magazine, Afisha, Der Spiegel, Der Standard, etc. He has exhibited in St.Petersburg, Vienna, Moscow, etc. Speaks Russian, English and French. Represented by Anzenberger Agency in Vienna since 2007. Blog: http://abel-djassi.livejournal.com
Gönderen CW zaman: 21:19