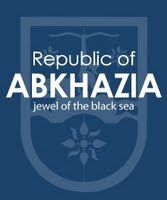 For centuries, the Republic of Abkhazia, which is located at a strategic crossroads between Europe and Asia, has struggled to maintain its centuries-old culture and identity. Since the devastating 1992-93 war with Georgia, the Abkhaz government has worked hard to rebuild its economy and reach out to the world.

Miles of pristine Black Sea coastline and tree-covered mountains have made Abkhazia a favorite vacation spot for visitors from Russia and other neighboring countries. Our nation is known for its wines and unique cuisine.

Last month, Abkhazia celebrated the one-year anniversary of its official recognition by Russia and Nicaragua, an event that has propelled us onto the world stage. They were recently joined by Venezuela. On September 30, we invite the world to join us in celebrating the 16th anniversary of our victory over Georgian forces.

This website contains information on visiting Abkhazia, as well as promising investment opportunities in trade, agriculture and manufacturing. If you know someone who might share your interest in Abkhazia, please invite them to visit:
http://www.therepublicofabkhazia.org

--Government of the Republic of Abkhazia
Gönderen CW zaman: 11:21