We will remember you, Natasha 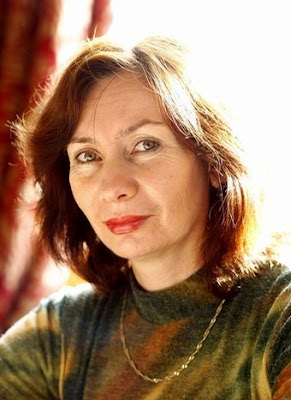 Today Natasha Estemirova was murdered. I am afraid that the political significance of this killing, about which many words are going to be written, will obscure the tragedy of the death of a very good person, and the intolerable pain, bitterness and rage of hundreds and thousands of people who knew her.

The Russian government no longer restricts itself in its choice of victims. Among those who are abducted, killed, or go missing in Chechnya are Russian citizens of every kind: ordinary people, businessmen, government officials.

In Chechnya there is no longer any question of political rights. Although it does not understand the extraterritorial nature of humanitarian law, Russia’s power elite is nevertheless forced at least sometimes to respond to the protests of Western public opinion about the very serious violations of human rights that take place there. That is why the dissemination of information on such crimes is one of the principal instruments in the hands of human rights defenders.

Natasha had to deal with a system that is hopelessly sick and criminal, trying to ease the burden that oppresses those who live amidst the nightmare in southern Russia.

Now she is no more. It matters little who was behind the assassination – Kadyrov’s forces or some other special service (no one else could have kidnapped a woman in Grozny and then removed her from the republic). The important fact is that it was an agency under the control of the Russian government.

What will happen now? "Memorial" will have to give more thought to the safety of its employees, and possibly limit the organization's activities in Chechnya. Staff members will naturally have to act with caution, knowing that their lives are menaced not by some abstract threat, but by a danger that is real and imminent, lurking round very corner.

Of two things we may be certain. Those who committed this deed will never be caught. On the other hand, the list of those who cannot learn to keep silent will continue to grow longer.
We will remember you, Natasha by Andrei Babitsky, Prague Watchdog

The Courage of Natalya Estemirova - The Nation
In October 2007, Russian human rights activist Natalya Estemirova wrote for us about the assassination of the crusading investigative journalist Anna Politkovskaya . [The Courage of Anna Politkovskaya by Natalya Estemirova]
Today, Estemirova was assassinated. Her body, dumped near the capital city of Ingushetia, was discovered with two close-range bullet wounds in the head.
A woman who courageously investigated kidnappings, killings and other rights abuses in Chechnya, a single mother in her early 40s, a leading member of the esteemed human rights group Memorial, Estemirova received the first annual award from the international human rights group RAW in WAR (Reach all Women in War) in October 2007.
Read more: http://www.thenation.com/blogs/edcut/451865/the_courage_of_natalya_estemirova_updated

We want justice for Natasha - Raw in War
We are shocked and outraged by the killing of Natasha Estemirova in Chechnya today. Natasha was a dear friend of all of us at RAW in WAR.
In 2007 we presented the first annual Anna Politkovskaya Award to Natasha for her courage in seeking and telling the truth about the torture, disappearances and murders of civilians in the war in Chechnya.
Natasha was a gentle, loving woman and a brave truth-teller, who was not afraid to speak out about the torture, rape and disappearances in Chechnya. She paid for it with her life. Like Anna did. Because there is nothing more dangerous than telling the truth in today’s Russia. And Natasha was a truth-seeker with every fiber of her being. She just couldn’t remain silent; she couldn’t play it safe. She was a fierce spirit, a whistle-blower, a caring and loyal friend, a deeply loving woman, who stood up for humanity…
Like Anna, she was killed, because of her describing and reporting the truth about the ‘dirty war’ in Chechnya. She was a condemned woman – giving voice to condemned people: the people of Chechnya.
Read more: http://www.rawinwar.org/
Gönderen CW zaman: 10:46