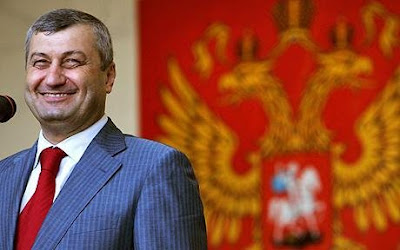 by Eduard Kokoity - The president of South Ossetia

The July 25 editorial "Mr. Biden's Diplomacy," calling for U.S. personnel to be part of an European Union monitoring mission on Georgia's borders, was based on an incorrect premise and reflects Georgia's continued effort to rewrite the history of last year's war. Last August, Georgian President Mikheil Saakashvili's U.S.-trained army brutally attacked unarmed civilians in South Ossetia. The assault killed many of our people and destroyed much of our infrastructure, including schools, hospitals, electricity and water systems, and thousands of homes.

This has been confirmed by independent observers, major media investigations and human rights groups. Yet Georgia and The Post want to pretend otherwise. It's worth keeping in mind that American military advisers were in Georgia at the time of last year's war and played no role in deterring Georgia's atrocities against civilians. There also were European security observers in the area, and they accomplished nothing.

The United States is rearming Georgia. Why should anyone expect American observers to deter Georgian aggression in the future?

The consequence of the West's blind support for Georgia is a continuing failure to understand the fundamental changes in our region. South Ossetia is a free and independent republic and will never return to Georgian control. We are working to build a nation free of repression, open to economic growth and tolerant of all who live with us peacefully. Russian troops are ensuring that we are able to fulfill our goals without constant fear that the U.S.-supported Georgian army will yet again slaughter our citizens.
Eduard Kokoity, Tskhinval, South Ossetia - The writer heads the government of South Ossetia, which the United States considers to be a Georgian province.
Gönderen CW zaman: 11:37