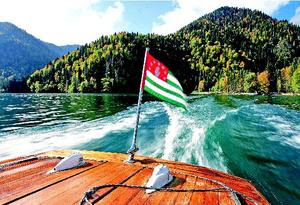 Ljubljana, (STA) - Criticising the attitude of the EU towards South Ossetia and Abkhazia, which the European officials still call "Georgian separatist provinces", daily Delo says on Friday that not even the officials themselves believe that the Georgian territorial integrity is still an option.

In the last few months, a lot has changed in the two provinces, the paper says. After they declared independence, which was soon recognised by Russia, South Ossetia is planning to become a part of the Russian Federation, while Abkhazia wants to become an internationally recognised independent country.

The paper goes on to say that Brussels and Washington, which have supported Georgia in the conflict, have found themselves at a crossroads.

The time has come for the US and the EU to stop acting like nothing has happened. Sooner or later, they will have to admit that the two provinces are independent. In the long term, this is inevitable, the paper concludes.

The only way for Georgia to regain control over the provinces, would be a new war, which it cannot win, not with the Russian soldiers present in the disputed area.

By formally accepting the new reality, the West would also help Georgia to put an end to this agony. If Georgia would leave the rebellious regions be and direct its energy into joining the Western integration instead, it would surely not be long before it would join NATO or be able to express its concerns in Brussels as an equal EU member.
Gönderen CW zaman: 21:11