The famous writer, playwright and artist Boris Utizh passed away 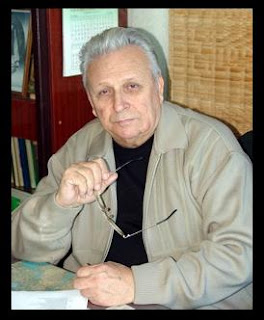 By the popularly favorite pieces suddenly passed away on 28 October. Two weeks ago – October 15, he was 69 years old.

‘Boris Kuneevich Utizh was telling the scientific and artistic intelligentsia of the country a talented scientist, journalist, teacher, a sponsor of explanatory and phraseological dictionary Kabardian language. He worked in various genres of literature – prose, poetry, art journalism, was a painter – sculptor’ – Said at the funeral rally, Vice-Premier Murat Thazapl. He was the conscience of the nation’, - said hundreds of people who came to bid farewell to Utizh to Kabardian town of Nalchik, where black Burkov pavement have been installed on a stretcher with a body of the writer. Widely known his plays ‘Tyrgatoa, Damaley’ ‘ Oedipus,’ ‘Prince Kuchuk’ on large, Kabardian the tragic figures of history. The author’s first national vaudeville ‘Aul (village) Svergaysvekruho effervescent and based on folk motifs, called" Kabardian Shekspirom "and regretted that there were no interpreter who could save the rich game of words and meanings, which owned a masterful author of many poetry Utizh.

Utizh Boris was a brilliant publicist, was a member of the Writers' Union of KBR and the Council for Kabardian literature, was a member of Community Advisory Council under the President of the Republic.

According to Muslim tradition betrayed the ground today its descent at a cemetery in the village Zaragizh Cherekskogo of KBR area.

Culture of the Kabardino-Balkaria Republic has suffered great loss. 28 Oct, 2008 at the 69-year life of the writer died People's KBR, Honored Worker of Culture of the Russian Federation, chief editor of the magazine Oshhamahua (Elbrus) "Utizhev Boris Kuneevich - described in an official obituary.

Utizh Boris was born in 15 October, 1940 in the village Zaragizh Cherekskogo KBR area. He graduated from Utah State University, postgraduate studies in the Institute of Linguistics of the Georgian Academy of Sciences, which defended a PhD thesis. From 1971 he worked as research fellow sector Kabardian language Kabardino-Balkaria Research Institute. He was one of the authors and tolkovogo phraseological dictionaries Kabardian language, participated in the development of topical issues of grammar, style and script Kabardian language. He worked as head of the department of native languages and cultures of the Institute of Advanced Training in 1991 - chief editor of the literary and artistic and socio-political magazine "Oshhamaho."

Boris Kuneevich Utizh(ev) belonged to the most vivid representatives of modern scientific and artistic intelligentsia of the country, was a talented scientist, journalist, teacher, artist-sculptor. He worked in various genres of literature - prose, poetry, art Publication. A widely known and recognized in the nation brought him Productions drama set the stage Kabardinskogo State Drama Theater. Aliy Shogentsuk are shown in many parts of the country and abroad. Plays "Tyrgatao, Damaley," "Oedipus," "Prince Kuchuk and others written by playwright typical deep insight into the problems raised, knowledge of life, history and culture of Adygea and other nations. They withdrew vivid images of major personalities, tragic figures in history. With great dignity designed theme homeland, enduring moral values.

Of particular tone and color works Boris Utizh attached skilful use of visual resources in their own language, gentle humor, freshness paints, zadushevnost intonations that are most visible in his poetry, combined in separate collections, and published in the magazine "Oshhamaho" .

Popular writer of KBR Boris Utizh have a lot of analytical articles on the burning issues of modern life, on educating the youth, language and culture. His rich artistic heritage to collect, examine and compile his followers and descendants.

Boris Kuneevich Utizh(ev) participated actively in the socio-political and cultural life of the republic, was a member of the Writers' Union of KBR and the Council for Kabardian literature, to meet with readers.

Chair of the long years of the magazine Oshhamaho, Utizh Boris made a significant contribution to the development and improvement of the literary press.

The bright memory of Boris Kuneeviche Utizh forever remain in our hearts.