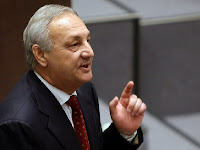 In freedom, not as a ward of any other nation

My country is recognized by Russia, Nicaragua and Venezuela. A long-awaited European Union report recently concluded that any government recognizing us would be violating the law.

You might wonder then why I am so optimistic, indeed certain, that the independence of Abkhazia not only is assured, but that we will thrive politically and economically. Furthermore, I believe it is only a matter of time before we are recognized by most countries of the world.

Let me explain why I am so confident of our future.

c Most important, I am confident because our independence is rooted in a desire for justice, freedom and democracy for the Abkhazian people. I believe what the Martin Luther King said, in a statement heard around the world, "The arc of history is long, but it bends toward justice."

Against our genuine aspirations for freedom, Georgia's leaders offer a legalistic challenge - the reclaiming of their "territorial integrity," a claim based primarily on extreme nationalism and a shotgun marriage forced upon Abkhazians by Josef Stalin in 1931.

c Second, despite war and blockade, we already have survived as an independent state for 16 years, an accomplishment conveniently disregarded by Georgia's Western friends.

c Third, we have ample potential as a nation, with a strong ethnic identity and formidable economic potential. Abkhazia's mild climate and location on the Black Sea makes us an attractive tourism destination and a crossroads for trade between Europe and Asia. We look forward to receiving thousands of visitors during the Winter Olympics in Sochi, only 20 miles north of us.

c Fourth, our people are smiling again. They no longer wear military uniforms or clean their rifles regularly. They no longer dress for mourning. They believe in a future for themselves and for their families.

c Finally, we are confident because we are no longer desperate. We can wait as long it takes for the world to come to its senses.

History tells us that no struggles for independence are regarded as legal by those who oppose them. That was true of the American War for Independence, and it's true of Abkhazia today. While we go about building our democracy and our economy, the United States and Europe continue to base their policies toward us on a false foundation.

The recent EU report concluded that Georgia started the war last year by indiscriminately killing civilians in South Ossetia, a brutal surprise attack that violated international law. Yet so many Westerners appear more concerned about the legality of our independence than Georgia's vile and unnecessary attack on civilians.

Perhaps such views are not surprising. The Cold War intellectuals who dominate thinking in Washington and Brussels don't care about Abkhazia or Abkhazians. Frankly, they don't care about Georgians either. They care only whether something is good or bad for Russia, which they hate.

Ironically, it is these intellectuals, journalists and the leaders they influence who so hotly criticize us for being reliant on Russian aid and support.

A friend of mine told me about a line from a famous old American movie called "The Big Sleep," in which Humphrey Bogart says, "You know what he'll do when he comes back? Beat my teeth out, then kick me in the stomach for mumbling." By supporting Georgia's policy of diplomatic and economic isolation of Abkhazia, the United States and Europe are, figuratively, doing that to us. They give us no alternative, then criticize us for doing what we must to survive.

If Europe and the United States based their policies on the reality of what is happening now in our region, not on a fantasy that the Georgians will someday restore their "territorial integrity," they would recognize there is a diplomatic path of compromise and humane action that would benefit all citizens of the Caucasus, regardless of their ethnicity.

Though I first ran for office four years ago against the pro-Russia candidate, I'm more grateful than I can say for Russian support at this critical time in our history. But like other Abkhazians, I would leap at the chance to build our economy with support from others. We are an independent country, and we will not accept a future as a ward of any other nation.

I encourage the United States and Europe to join us in seeking a peaceful path forward. Nothing can make us return to rule by Georgian nationalists and despots.

We are convinced that justice eventually will arc in our direction. But it can, and would, arc much sooner with wise international leadership.

Sergei Bagapsh is president of the Republic of Abkhazia. Mr. Bagapsh is a former energy executive who was first elected president in 2005. He is running for re-election.
Gönderen CW zaman: 13:09